Volunteers clear rubble as they look for survivors of the tornado that devastated the small city of Joplin, Missouri, on May 22, 2011. The deadliest single tornado in the United States since 1947, it destroyed some 8,000 homes and left 159 people dead.

"It took every ounce of strength I had not to put down my cameras."

I’m in Joplin, Missouri, it’s pouring rain, and people are walking through, dazed and looking for possessions. I see a group and walk over to them as they dig through the rubble of a home; a woman stands nearby crying. Someone asks who we’re looking for. Another person says we are looking for her grandmother, who isn’t able to get out of bed. The house is unrecognizable as even being a house. People try to figure out a floor plan, trying to determine where each room ended up, that way they can find her bed.

It’s dawn, about 36 hours since the deadly tornado struck. I’m in what’s left of an apartment building — the force of the wind had caused the second floor to collapse onto the ground. I’m with a group of volunteers, and they are digging through the rubble, looking for survivors – or bodies. It’s one of those moments you want to drop your cameras, kneel down and dig through the rubble and help. It’s tough being there, feeling like you aren’t physically helping. At one point someone said that “maybe if someone weren’t taking pictures we could all lift this wall.”

It took every ounce of strength I had not to put down my cameras and dig with my bare hands to try to find someone, anyone. But I knew I was there to do a job. Recording the moment in some cases is just as important as digging. Few people understand that, but when the images are out there, and people look at them and feel something, the way I feel something, then I have done my job, I have fulfilled my purpose in something like this.

I’m in the other hospital in Joplin, the one that didn’t get hit, and I am photographing a nine-year-old girl who was on Range Line, one of the main streets in the town, in a car with her mother when the tornado struck. I walk into a hospital room, and her father is there, and she’s curled up in bed.

“Don’t be shy,” her father says. “I’m not,” she responds, pulling the covers up around her bruised and scabbed face, “I’m cold.” Her father lifts the covers and reveals her legs, which are the most wounded part of her, her tiny legs bruised, cut and bandaged. “The wounds are bad, but they are clean, which the doctors say is good news,” he says, showing me graphic images on his cell phone camera of the open wounds. I make a few frames of her bandaged legs, then move to the back of the hospital room.

Some relatives show up with a bag of gifts. Looking into her eyes, I know that all the stuffed animals, all the music players, all the portable gaming systems in the world won’t take away that fear. It's a part of her, and it will be a while before she’ll be able to be a normal kid again. There’s a mixture of terror and defeat; from being in a car that was tossed a hundred yards; from being torn away from the safety of the passenger seat, where she sat next to her mom; from being discovered laying in the street by a stranger who took her to a hospital, something that saved her young life. It’s not supposed to happen to a nine-year-old. It’s not supposed to happen to anyone. But it’s especially not supposed to happen to a nine-year-old.

I’m walking out, head down, that look in her eyes burned into my conscience. I’m making my way through the lobby when someone calls my name. I look up and it’s Kyle Gordon.

My second day in town, the Gordons were the second set of people I came across after the team looking for survivors. Alicia was eight months pregnant and rode out the storm in her basement, about a quarter mile from St. John’s Hospital. Most of the house was destroyed, and they were gracious enough to let me spend some time with them while they looked through their home, trying to find what they could in the rubble.

They walked around their home, Alicia crying, and at one point, they ended up in their son’s room, which had been torn apart by the massive tornado. Alicia cried, and as she looked at what was left of her son’s room, she fell apart. She leaned back on Kyle, and as he pulled her close, he began to cry.

And now here we were, face-to-face in the hospital lobby. He said that the day after I saw them, Alicia had been at the house and had been in pain. They went to the hospital, and a few hours later, the doctor removed Korbyn Storm Gordon from his mother – 11 weeks premature.

At the end of the day, we’re photojournalists. This is our job. We walk in, we document, we show the world. Then we leave. But their pain is our pain. Their scars become our scars. Their fear our fear. We live in their world, but at the end of it, we get to go home, while they stay, picking up the pieces of their lives.

Those pictures that manifest, they are only fragments of time. They will never truly tell the whole story. They are tiny windows to a world that many will never understand. We try our best to show what we can of the people we meet, and their experiences. Their tragedy, their laughter, their hope, their strength. We stand before them, camera in hand, a small, light-gathering buffer between those people and the rest of the world, and try our best to tell their stories.

And then we move on. 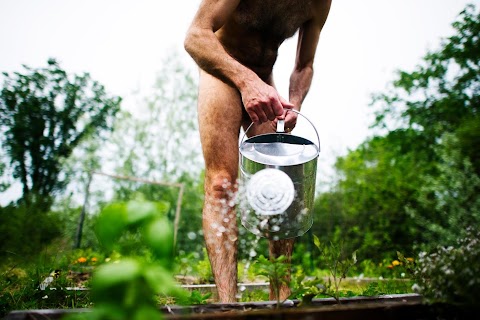 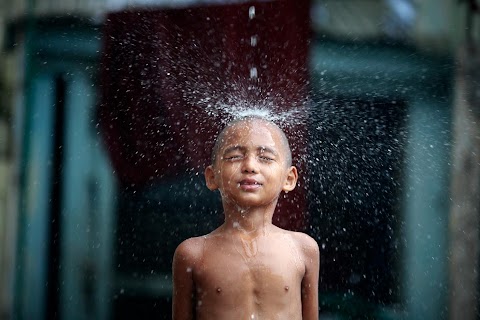