Transvestites like Tiffany, 19, who has a scar on her back from a knife attack, have reason to be fearful.

The Honduran government sources documented the assassination of 34 gays, transvestites, and transsexuals in a period of 18 months.

"As they cross-dress before hitting the streets, I ask them about the violence"

“Even Obama cares about us! The last time a gay leader was assassinated in Uganda, Obama asked [President] Pepe [Lobo] to protect us and investigate the crimes against us in Honduras,” says Bessy, a 31 year-old transsexual who does volunteer social work with the homosexual community during the day. For the last 11 years, Bessy has also been working nights as a prostitute on the streets.

Honduran government sources have documented the assassination of 34 gays, transvestites, and transsexuals in the past 18 months. Some of them were killed with great sadism and cruelty. Three days before Christmas, murderers tied Lady Oscar to a chair and set fire to her. A week earlier the body of Luis Hernandez was found in a ditch, her face beaten until it was unrecognizable.

I meet them in the basement of a pool hall located in a dangerous neighborhood of Tegucigalpa. There, along narrow and dark stairways, are several rooms where Bessy, Patricia and Tiffany live.

“Today is Thursday, a good day to make some money,” they remark.

As they cross-dress before hitting the streets, I ask them about the violence. Patricia, a 24-year-old cosmetology student, answers, “On the street we’re insulted all the time. If we’re attacked, the police appear not to defend us but to join the attackers. We’re treated like dogs, not human beings. Last December attackers killed Riana, who lived here with us. Nobody has been accused, nobody. I don’t think this will change for the next 50 years.”

Little by little their new look, hair and face colors motivate me to begin photographing.

With bras and pants adjusted they parade inside the tiny rooms converted into a runway, a fashion runway filled with laughter and horror stories. We spend the next two hours in what becomes a backstage for what was to come. I can feel only praise for the way they hide their repressed fear.

“This is something that we do for money, and to denounce the machismo and cynicism that exists in the country. For sure many men who hate us when they’re with their families and friends will be among the six or seven clients we’ll attend to tonight.” After we get down from their luxury cars they point their fingers at us again, but then keep coming back.”

In spite of their photogenic looks and elicited empathy, it’s still difficult for me to work. There’s almost no room to stand, it’s nighttime and the room light is dim.

Tiffany, 19, an accountant who also studies cosmetology, tells me, “Our clients are all types. I’ve had some famous ones. There are mechanics, taxi drivers, young, old, poor, rich.” Tiffany practiced prostitution but left it after being run over, death threatened, and finally stabbed in the back. “I thank God for the support of my family, of my parents. They don’t want to see me on the street. They accept my condition and don’t want to hide it. They want to see me as a young, gay, decent professional. My father is going to help me open a beauty parlor. Nevertheless, the situation on the streets is terrible, and we don’t have to be prostituting ourselves to be attacked. They throw stones at us, ice cubes, beer bottles, and even darts with blood on them.”

Before we leave, Bessy pauses in front of religious icons adorning a wall. Patricia crosses herself, but Tiffany decides to stay home. She’s thinking that maybe the others won’t be back. Her tone of voice changes. Bessy comments, “These crimes in Honduras are out of hate. This is a lay country, and the religious aspect is important in the social reactions that we provoke.”

I accompany them in a taxi to another desolate, dark place, to a street corner just two blocks from the office where I work. Inside the taxi the radio is playing a song by Calle 13, “…The bullets are as cheap as condoms, there’s little education, many cartridges, when you read little you shoot a lot…” Between giggles Patricia says, “That’s true. I had to go to Guatemala out of fear and threats after a friend was murdered and they cut out her tongue for having made accusations. When I was 11 I told my siblings that I like men, and they beat me in front of my mother. At 13 I had my first relation with a man, a relative. After that they threw me out of the house and I ended up on the street as a prostitute.”

Once out of the taxi they introduce me to other transsexuals already there. I explain the story I’m working on and the majority accept to be photographed.

I begin to photograph and realize the risk I’m in at being seen by their clients. They probably will feel threatened, but my idea is not to photograph them or their cars. Their clients begin to arrive on motorcycles and in vehicles with tinted windows. My subjects get into the cars, step out, and back in again. The police patrol the area.

“Hey Bessy, don’t get mad but how much do you charge for your services?” I ask.

“And that is enough to live on, and maybe pay for implants?”

“Barely enough to live on, and almost nothing for implants,” she answers. “A buttocks or breast implant costs around 100,000 lempiras (5,000 dollars) in Honduras, but they do a bad job. Anyway for that you have to find a good client. I like to get it done in Spain.”

One transsexual of the group tells me, “Hey, you’re good at taking photos. You look like a photographer!” They all laugh. She begins to take off her clothes and tells me to photograph her, but only once she’s cross-dressed. Once in her underwear she looks at herself in a car mirror. The others laugh as they yell at her, “Hey! Didn’t you want to be photographed?”

They invite me to a protest demonstration they plan in a few days, and to visit the grave of a young gay activist who was murdered. “We protest on the 13th day of every month against impunity, in front of the justice ministry.”

Later, when we leave the street corner I say goodbye. One of them says, “Don’t put my name in quotation marks!” 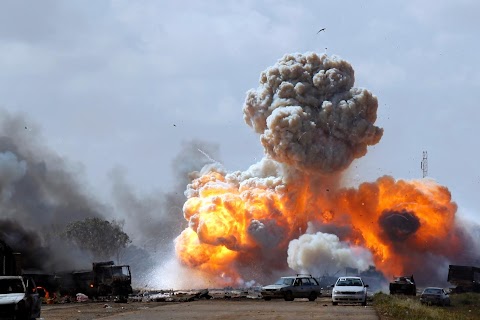 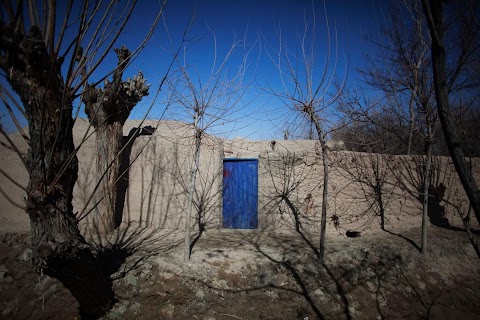