The leaders of El Salvador's two most powerful gangs, Mara Salvatrucha (MS-13) and their rival Calle 18 decided in March 2012 to end the fighting and killing among them to reduce the alarming murder rates in the impoverished country. The unprecedented truce has been endorsed by the Salvadoran Catholic Church.

Victor Garcia, alias 'The Duck,' at 39 has survived longer than most gang members in El Salvador, and has seen hundreds of his 'homies' killed by rivals over the years.

The relentless tit-for-tat murders between El Salvador's two largest street gangs - "Calle 18" and "Mara Salvatrucha" - made the country the most murderous in the world last year after neighboring Honduras, also ravaged by gang violence.

That was until Garcia, from the Calle 18 ("18th Street") gang, along with elders from the Mara Salvatrucha declared an unprecedented truce that authorities say has cut the homicide rate in half in just four months.

"We've been through things that have changed us. It is a waste of life, those who have died in this conflict," said Garcia, a tattoo of a skeleton hand clutching his shaved head.

Formed in the 1980s in the United States by Central American immigrants, many refugees from the region's civil wars, the gangs or "maras" grew into an international franchise when criminals were deported back home.

They have grown dramatically in the last two decades and El Salvador alone has an estimated 64,000 gang members. Branches operate across Central America and in at least 42 states in the United States.

The gangs deal drugs, run prostitution rings and protection rackets and carry out armed robberies. Many gang members cover their faces and bodies with menacing tattoos to prove their lifelong commitment. The turf wars are brutal, with gangs often targeting their rivals' family members.

Tired of the cycle of revenge killings, gang leaders housed side by side with their enemies in a maximum security prison outside the capital of San Salvador decided to broker a deal.

Garcia from the Calle 18 gang and Aristides Umanzor, aka "El Sirra," from the Mara Salvatrucha - each backed up by 15 of their top lieutenants - sought out a Catholic bishop and a former leftist congressman to serve as mediators.

In March, they surprised the country by releasing a joint statement declaring an end to violence and pledging to freeze recruitment of new adolescent members, especially in poor neighborhoods and around schools.

Since then, the change has been dramatic. Murder rates are down to around five a day from more than a dozen before the pact. On April 14, El Salvador recorded its first day in three years without a single murder.

"We aren't demobilizing, we'll always be gangsters," Garcia said from a prison in Quezaltepeque where he is serving out a 28-year sentence. "But we are quitting crime little by little as long as we can find jobs and a chance to re-enter society."

President Mauricio Funes, a leftist, insists his government did not cut any deals with the gangsters. But shortly before the truce was made public, 30 top gang leaders were transferred from maximum-security prisons to others with benefits like family visits.

Garcia was transferred to Quezaltepeque, where prisoners enjoy some modest freedoms, although he still lives with 15 other men in a cell designed for six.

The government has lauded the truce and is trying to help its long-term success by working with business leaders to offer work and rehabilitation programs for gang members.

It is a policy U-turn from the "iron fist" tactics used against the gangs for years in Central America. Under Funes' conservative predecessor, teenagers could be arrested just for sporting gang tattoos without having committed any crime, filling the jails to dangerous levels.

"It was open hunting season on the gangs. We knew that if we didn't do something soon, this was never going to change," said Garcia.

El Faro, an online newspaper in El Salvador, reported the truce was the result of a government deal with gangsters to stop the violence in exchange for better prison conditions and other favors, but the government denies that.

Still, it hopes that, just as the rivalries crossed borders for decades, the message of peace from Garcia and his former enemies can now seep over to neighboring countries.

"We want to share our experiences because we are seeing results," said El Salvador's defense minister, David Munguia, who recently met with his counterparts in Guatemala and Honduras to discuss regional crime-fighting strategies. "We would like it to be replicated elsewhere but always considering the specific circumstances in the different countries."

The head of the Organization of American States, or OAS, went to El Salvador last week to meet with gang members and to glean lessons for the rest of the region.

A former journalist, Funes is the first president from the Farabundo Marti National Liberation Front, or FMLN, which was founded by Marxist guerrillas who fought in a 12-year-long civil war that killed 75,000 people.

Peace accords were signed in 1992 but the political violence was quickly replaced with an explosion of gang warfare and violent crime, and the government says the recent truce is only part of the solution.

"The gangs are still criminal organizations and we are still pursing them. ... We don't expect them to stop being delinquents overnight," Munguia said.

Officials and gangs in other countries are skeptical the success in El Salvador can spread.

Guatemalan President Otto Perez, a retired general, took office in January on a campaign promise to clamp down on crime and just this week busted 40 gang members for extorting money from people in a neighborhood in the capital city.

"We are not willing to have a dialogue with 'maras'" Perez said earlier this year. "We are calling on them to stop committing crimes, but if they have already committed crimes, they must face the consequences."

In Honduras, the deadliest country in the world according to the United Nations with an annual rate of 87 murders per 100,000 people, the sentiment is much the same.

"We cannot negotiate with them," said Hector Suazo, director of Honduras' special investigations unit at the security ministry. "They manage large sums of money thanks to the drug trade. The kids are heavily armed and take over entire areas to extort and terrorize the population."

One former member of the Mara Salvatrucha in Guatemala, who belonged to a local clique called "the crazies," is not convinced the calm in El Salvador will last.

"There are a lot of lies on the street," he said, asking not to be named during an interview at the jail where he is locked up for homicide. "The homies say one thing and do another. They don't keep their word." 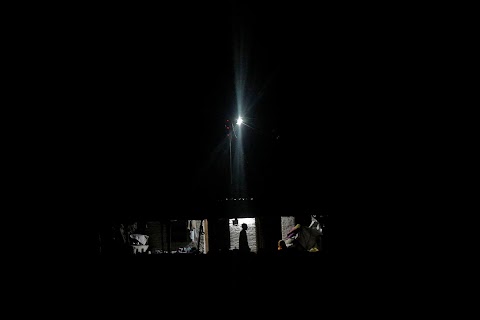 Land of the midnight sun