A masked protester stretches his arm out through a cloud of tear gas, trying to reach a comrade fatally injured by a blow to the head during clashes with security services in Iraq.

Others crowd round the young man's limp body. One grabs at his shirt, as they lower him to the ground.

It was the moment captured by Reuters photographer Khalid al-Mousily during a series of rallies and running street battles in the centre of Baghdad.

Mousily, who has been covering the surge of anti-government protests since they erupted in October, got to the scene early on Tuesday as youths gathered at the Mohammed al-Qassim highway to try and block the key route into the city.

All was quiet, so he stood back and scanned both sides of the demonstrations with his telephoto lens.

"I saw signs that the security services were planning an advance ... Minutes later protesters started to scream 'Look out everybody tear gas canisters'.

"I ran towards a blast wall to take shelter and started to take images of the running protesters ... I could hear bullets ... whizzing over my head."

He kept changing positions, first behind an electricity pole, then to another part of the highway where protesters were starting to gather.

One group of youths started advancing, carrying a large metal sheet in front of them to shield them against bullets.

He spotted one thin youth trying to climb up the side of a wall on his own to reach the security forces gathered above him.

"I pointed the camera in his direction, then I saw his body roll down the wall. I kept pressing the shutter and the protesters around me started screaming with grief: 'A protester down. A protester down!' 'Hit by a tear gas canister!'."

It was obvious the young man was badly wounded and probably dead.

"I had seen before what happens, when a protester gets a direct hit from one of those canisters," Mousily said.

The young man was one of two people killed in that day's protests, which had surged over the weekend after a lull of several weeks.

Iraqi authorities declined to comment on the incident. Reuters could not determine the identity of the victim.

Iraqi security forces deny they have deliberately killed peaceful protesters. The government has blamed many violent escalations and deaths on unidentified infiltrators it says aim to stir up sedition.

The violence came amid mounting tensions in the region following the U.S. killing of Tehran's top general in an air strike inside Iraq.

"I still can't get the image of him out of my head, of his face covered with blood and his body rolling down the wall," Mousily said. "I feel sorry for him, he was too young to die." 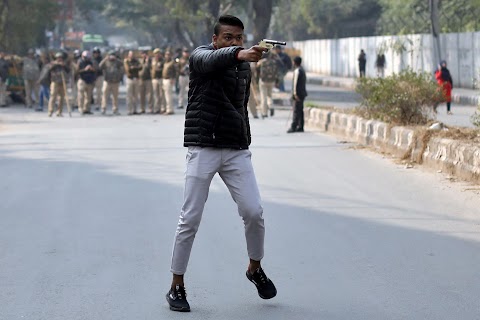 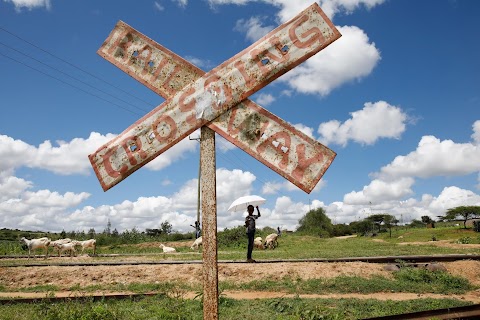 Some Kenyans say Chinese-built railway leaves them in the dust