A child reaches out to donate five euros after Friday prayer at a Greek-Arabic cultural centre in Athens, a city that has been without a formal mosque since the early 19th Century, despite currently being home to an estimated 200,000 Muslims. The government has now revived a project to build a state-funded mosque there, but the initiative has divided a country hit hard by economic crisis, where hostility towards immigrants is rising, and makeshift mosques have been targeted by racist attacks.

In Crisis-Hit Athens, Plans For A Mosque Reveal Deep Divisions

Pakistani taxi driver Muhammad Zafeer says he has to look over his shoulder when he goes to pray in Athens, where racist attackers have targeted several of the many makeshift mosques set up in cramped garages or dingy warehouses.

So Greece's plan to build a state-funded mosque in the capital, more than a century in the making, comes as a relief, even if it will be housed in a disused naval base littered with weeds and rubble in a rundown neighbourhood.

"This place used to be packed but these days people are scared to even go out to pray," said Zafeer, as Muslim men in long traditional robes and colourful caps prepared for Friday prayers behind the steel-grilled windows of a former factory.

"Greece has to decide if it will be democratic or if it will go back to the Middle Ages," he said with a shrug.

Reviving the long-stalled project during Greece's worst peacetime economic crisis has divided a country that spent four centuries under Turkish Ottoman rule, where the Orthodox Church is powerful and hostility towards immigrants is rising.

Soon after the government launched a tender in May to build the mosque, the far-right Golden Dawn party, which denies accusations of links to attacks on immigrants but says it wants to "rid Greece of their stench", pledged to "fight until the bitter end" to block the plan.

One local bishop, Seraphim, was so furious he took the matter to Greece's highest administrative court, the Council of State. A ruling is not expected for months.

The mosque's critics say Athens, kept afloat by an international bailout, cannot spare the almost one million euros it will cost given that Greece is in a sixth year of recession, with record high unemployment and sinking living standards.

"There's money to build a mosque but there's no money for Greeks to live with dignity," Golden Dawn, which polls show is the third most popular party in Greece, said in a statement.

Protests have been gathering steam outside the planned site at the naval base in Votanikos, a rundown industrial neighbourhood lined with car dealerships and factories.

Led by the far-right National Front movement, flag-waving demonstrators including nuns and men in military-style shirts, chanted "If you want a mosque, build it in parliament!" at the first of the protests at the end of May.

Flyers depicting a mosque in a circle with a line through it were strewn across the floor.

"It's not exactly the best time to go ahead with it right now," said Theodore Couloumbis of the ELIAMEP foreign policy think tank. "The country has plenty of instability of its own due to the economic crisis".

Seraphim, who is challenging the decision in court, says building a mosque is unconstitutional and part of a plan to "Islamise" Greece, a major gateway for Asian immigrants trying to enter the European Union each year.

"I want to emphasise that Athens is the only European capital that went through four centuries of slavery under Islam, and managed to free itself just 200 years ago by spilling rivers of blood," he said in an interview.

Greece is home to about 1 million immigrants, and groups like Golden Dawn say undocumented workers have pushed up crime and put a burden on state resources at a time of crisis.

Racially motivated attacks have risen to alarming levels during the crisis, according to the United Nations' refugee agency UNHCR, which said the authorities were doing little to tackle the problem.

At least one informal mosque has been set on fire. On another, someone has scrawled profanities in black paint.

Shabaz Ahamed, a Pakistani Muslim, had a security monitor installed in his makeshift mosque after a group of men stormed in hurling abuse and threats a few months ago.

"It's very important for us that the mosque is built. We would feel like we live in a free country, we would feel safe", he said. 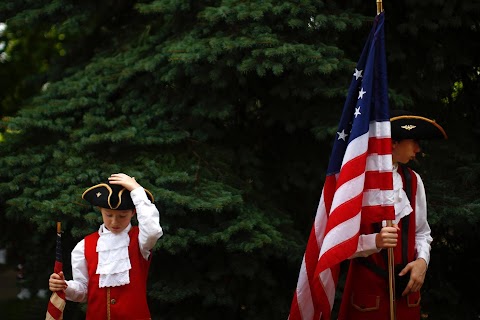 O say can you see 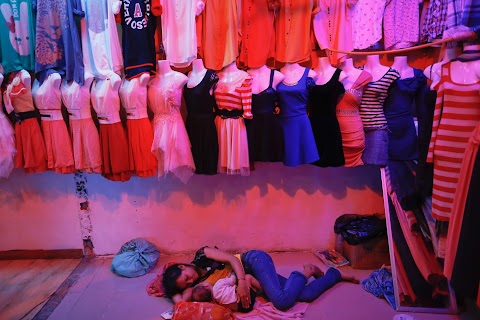 Strike and struggle in Phnom Phen