As Croatia celebrated its accession to the European Union on July 1 with fireworks, music and cannon fire, European Council President Herman Van Rompuy told crowds in the capital Zagreb: “This will change the life of this nation for good.” One change is already underway: as Croatia becomes part of the external frontier of the EU bloc, it has beefed up security on its borders with non-EU nations, increasing its number of border police and updating their kit with thermal imaging cameras and infrared binoculars.

"There have been cases of illegal migrants who attempted to slip over the border for ten days in a row."

Two months ago, I started working on a story about Croatia's border police as they prepare for the nation's accession to the EU and try to prevent illegal migrants from crossing into the country. For a member of the media, it is rare to hang out with the police for 24 hours, and I was afraid they would be stiff and uncooperative. How wrong I was. They were friendly and nice and, in the end, even took pity on my efforts to capture something dramatic on camera.

I visited three border crossings, two in the south, with Bosnia and Montenegro, and one in the east, with Serbia. The thing I was most interested in finding out was what sort of people try to cross the border illegally. I got my answer: they are mostly poor and unemployed citizens of Afghanistan, Syria and Albania, who want to reach rich European countries through Croatia in hopes of finding salvation there.

From talking to the policemen who have been working on the borders for years, I found out that some illegal migrants travel from Afghanistan for two months. They are really starving, thirsty, exhausted and scrappily dressed once they are caught. In some cases, they surrender voluntarily to the police just to get some food.

Those who are captured are returned to the country from which they crossed into Croatia, but that often does not stop them from trying again: there have been cases of illegal migrants who attempted to slip over the border for ten days in a row. One of the most farcical stories I heard while hanging out with the border guys was about illegal migrants who mistakenly entered a police van, thinking that it was transport arranged to take them to another country.

While shooting this story, I was unlucky in my own way. During the ten days I spent on assignment, I didn't manage to photograph a single illegal migrant in action. Just a day before my arrival on the border crossing with Serbia, one Afghan man was captured. A day after my departure, the police seized nine Syrians and two Albanians who had been hiding in a nearby village and waiting for a bus to their next destination.

Abandoned houses in local villages are often used as temporary shelters where they change their clothes or take a nap, always in a hurry, and frequently leave their old clothes scattered around the fields.

For the policemen, arresting mothers with small children is certainly the most difficult thing, and such cases are unfortunately not rare, they say. The crossings I visited are in sparsely populated ares, near villages or towns with only a handful of residents, all of them known to the police. That means every new face is easily recognised and observed with suspicion; I could feel it directed at me too. Because my car's number plates were not from the area, local policemen grew suspicious of me as soon as I arrived anywhere and immediately had me checked by radio.

Drugs are often smuggled on regular buses and one such potential shipment was found while I was with the police at Bajakovo. The police dog had reacted to a package on the bus but it turned out that none of the passengers owned it. Further checks showed that the packaged contained no drugs - smugglers probably sent it to test how easily illegal substances could be ferried over this crossing. 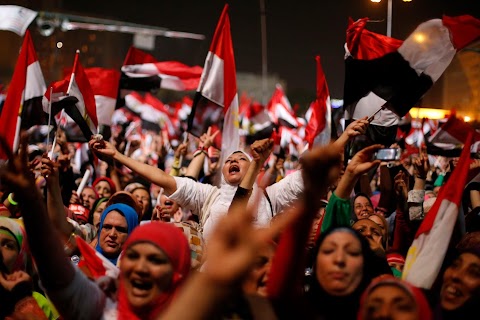 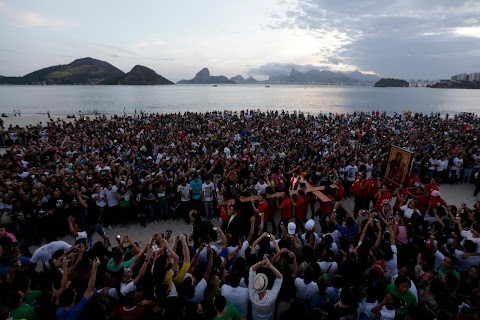 Preparing to host the pope