A dog leaps up to perform a trick in a narrow, cobbled street of Alfama, one of the oldest neighbourhoods in the Portuguese capital.

Reuters photographer Rafael Marchante has spent months documenting the ins and outs of this historic district, showing its rambling alleyways, the interactions of its residents, and providing a subtle view of modern daily life in a city living under the weight of austerity.

"Obviously, Portugal is not only Alfama, but for me this neighbourhood largely represents Portugal."

Working to cover the Portuguese economic crisis is perhaps the most difficult challenge I have encountered in my professional life. It is a hidden and silent crisis, which the Portuguese live behind closed doors.

The everyday dramas faced by the Portuguese people are diverse and subtle. There are many who stop using their car in the middle of the month because they do not have money for fuel; retirees who must work because the state pension is not enough; well educated and trained young people who get the minimum wage of 475 Euros in the labour market, middle class people paying high taxes... All this makes the Portuguese look to the future and focus on surviving the present.

As I try to document modern Portugal, most of my daily-life pictures over the past year have been taken in Lisbon’s Alfama neighbourhood. Obviously, Portugal is not only Alfama, but for me this neighbourhood largely represents Portugal. Life goes by quietly, its people are resigned to the economic crisis, and therefore they do not give up the dignity of their lives.

Why is Alfama a perfect neighbourhood to shoot a daily-life job? It is a place where people meet each other, stop to greet each other and reflect on how things are going. Nowadays, people usually dash from one place to another, but here there’s lots of interaction going on in the streets.

Alfama is visited daily by tourists. The local people have gotten used to them, and do not pay them any attention. One of my strategies when I’m working in the area is to seem like I’m an outsider myself. For example, if I see two women talking in a small square, I walk like a clueless tourist taking pictures. Then, I get closer, little by little, until I think I am at the right distance, and I wait for the key moment. In most cases, the protagonists of the photos do not pay me any attention, because they think I’m shooting something else.

During my walks through Alfama, I have identified a number of spots where I have several things to photograph at the same time. Given that a working day in the neighbourhood takes about six hours, occasionally I need to rest and stop walking. That’s when I go to one of these points and wait to see if there is something that might make an interesting picture.

For example, there is a small square in which, at a certain time in the morning, lots of trams pass by. There is a fair old woman who has her breakfast in the kitchen window and another gentleman who always reads the newspaper at the door of a bar.

These different places that I have located in the neighbourhood are very important to me. They are like little treasures for a photographer. They are my insurance for the days when I don’t find pictures to take while walking around. I know that, in my favourite spots, I can always get some good photos. 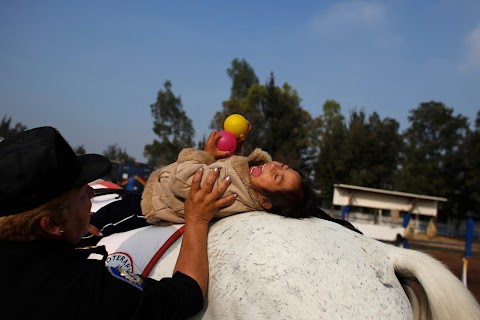 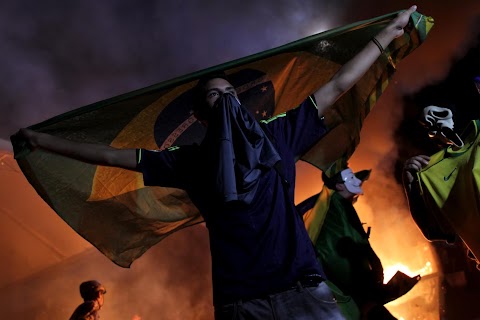