North and South Korea are divided at sea by the Northern Limit Line - a disputed maritime border that wraps itself round a part of the North’s coastline and has been the scene of frequent clashes between the two sides.

The line curves northwards, effectively isolating five remote, South Korean-controlled islands from the mainland. Life on these outposts is deeply marked by the old Korean conflict.

"A scene from the Cold War had played out before our eyes."

When an astronomer watches the stars, patch after patch of black nothingness pass before his lens until he is lucky enough to get a glimpse of, let’s say, a supernova exploding in the distance. Usually, that distance is measured by hundreds of light years, which means he is gazing into the remote past, seeing something that happened a long, long time ago.

On a hill on the South Koreas island of Yeonpyeong, which overlooks the Northern Limit Line that divides South and North Korea at sea, the feeling is the same.

The sea is vast but we were there with our gear at the ready. The thing we were expecting to happen – some sort of interaction between old enemies – was the relic of a very distant past. During many long hours of waiting, nothing really happened. We only saw about a dozen lazy Chinese ships on the North Korean side of the NLL, out fishing.

And then, on a fourth visit the hill, just before we quit our careers as amateur observers for good, a loud siren blasted from behind the beach. At first we thought something was happening on the island, some sort of emergency perhaps, but then two swift patrol boats appeared out of nowhere, speeding towards the Chinese vessels. Following them, a minute later, was a large South Korean corvette - we saw its big guns and soldiers on the deck.

We couldn’t believe it. Ships from the North Korean side had come too close, or even crossed the invisible boundary, and now the South Korean military was chasing them away. For a short moment we thought a real drama was unfolding before our eyes, something we better record as skillfully as possible because it might be breaking news. When we planned the trip, witnessing any sort of interaction between the two sides – be it radio contact, fishermen helping each other out at sea or even petty trade – was at the top of our wish list.

What we didn’t know, and what an experienced coast guard officer explained to us later that afternoon – his voice laced with irony – was that we got overexcited. In fact, such incidents are not really incidents; they happen almost every week. The South Korean military is always ready to protect its borders, and whenever it decides ships from the other side have come too close it simply chases them away.

Nevertheless, we got our supernova and a dose of adrenaline. It was a timely reminder that we were indeed deep inside “enemy territory” and that the situation could escalate at any moment.

A scene from the Cold War had played out before our eyes. Not many places in the world can offer you the chance to gaze into the past from a tourist observation point.

Working by the NLL is no smooth trip through time, however. Sometimes it feels like the machine malfunctions, and you are left in limbo between a faded past and a colorful and futuristic present.

This is, thanks for asking, a challenge for any photographer like me trying to put together a coherent sequence of pictures, without giving the impression that I have mixed up two different series of images.

Looking north through razor wire on Yeonpyeong showed me a scene like so many others I have witnessed during my professional life: heavily armed borders, the presence of “us and them”, threats and obvious suffering … It seemed as if some outside force – some photo-shopper in the sky, perhaps – had dimmed all the colors.

But I felt comfortable, I know this situation so well. I like it and I hate it. As I framed my shot, I was almost tempted to capture the scene in a way that would deprive it of life even further, adding more salt to the wound.

But that was just for one short and depressing moment. We listened to a North Korean radio station (the signal is not jammed here, as it is in Seoul) and we almost took pleasure in the sounds we could hear, broadcast from not all that far away. The voice of a news anchor announced that the supreme leader visited another factory and gave famous “on the spot instructions” followed by revolutionary songs from what should be history. We enjoyed hearing it, in a bizarre and almost shameful way.

My relationship with totalitarianism and communism is a weird mixture of well-known painful fact and nostalgia about my late homeland Yugoslavia, my years during Perestroika in the Soviet Union and some wonderful moments I spent in Iran.

But when I witness these societies, I am often the privileged one looking at them from outside. The feeling I have here is the feeling of the reporter with a return ticket in his back pocket, who has covered disasters and wars, but can walk away any time. 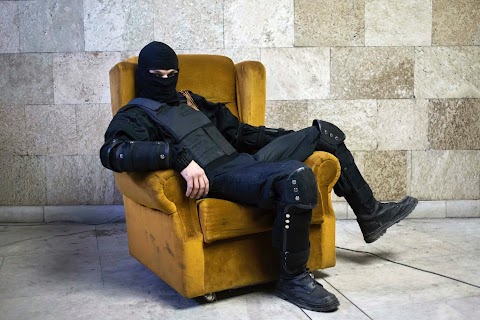 One-on-one with the separatists 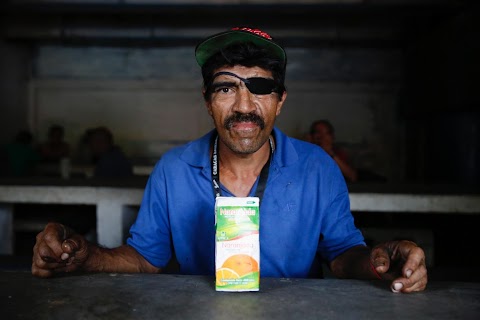