After surviving World War Two and the fall of the Soviet Union, among other seismic events, Zinaida Makishaiva now has her chickens to thank for getting through her most recent ordeal - the brief but brutal occupation of her town by Russian troops.

The 82-year-old was not too shaken when Russian tanks first showed up in early March in Borodyanka, northwest of the Ukrainian capital Kyiv, but then Grad missiles smashed into her home, destroying her chicken coop.

Kyiv and its Western backers say this is a pretext for an act of unprovoked aggression. Ukrainian forces have mounted stiff resistance to the invasion and the West has imposed sweeping economic sanctions on Russia. 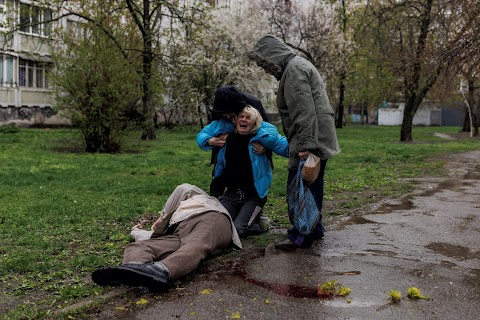