With a Browning .30 calibre machine gun positioned in the middle of their jeep, a family drives through a scrubby desert landscape.

They are not in a war zone, but in Mohave County, northern Arizona, where they have come to attend the Big Sandy Shoot – the largest organised machine gun shooting event in the United States.

Before: Shooters fire on a whale-shaped target filled with explosives.
After: The target blows up in a cloud of dust.

"Every night, tracers fired across the field created green and red streaks against the sky, glowing among the moon and stars."

The Big Sandy Shoot can be found sandwiched between the blackjack tables of Las Vegas and the knuckleballs of spring training baseball in the Phoenix metropolitan area.

Machine guns were fired day and night during the three-day event, which takes place in the desert of northern Arizona near the town of Wikieup. It is described by organisers as the largest machine gun shoot in the U.S. and it attracted hundreds of spectators and participants from around the country.

Some travelled from as far as Washington and Mississippi to fire their weapons along a mountain range set up with zombie targets, trash cans and buckets and barrels that had been filled with aluminium oxide mixed with ammonium nitrate so they exploded on impact.

Different styles of the vintage Browning machine guns used during World War II and the Korean War along with a replica gold 1877 Bulldog Gatling Gun attracted special notice from the crowd. A family from Utah soaked up some fun cruising around in a 1953 Willys Jeep with a Browning .30 calibre machine gun positioned in the centre console.

On the second day, a black whale prop filled with explosives was set up in the centre of the target field, and shooters took aim at the three-dimensional figure, blowing it up and kicking dust several feet into the air.

If you didn't own a gun, but started feeling jealous or trigger happy after watching shooters fire their own weapons, rentals were available. Among them were a Thompson, AK-47, Beretta, Uzi and a .50 and .30 calibre Browning.

Every night, tracers fired across the field created green and red streaks against the sky, glowing among the moon and stars. People gathered around to see the spectacular show of lights that rounded off the first two days of the event. In a grand finale on the last night, fireworks were added to the mix.

The Big Sandy Shoot takes place twice a year, once in the spring and once in the fall. The event might look like a war zone with no visible enemy, but in fact it is just a group of machine gun enthusiasts having fun with their family and friends. 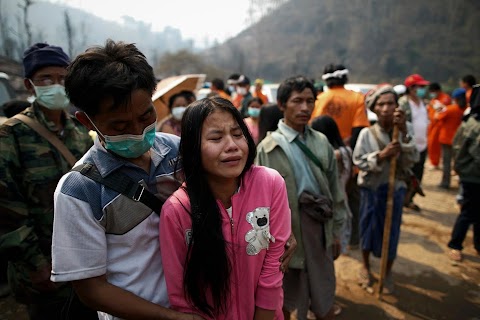 Lost to the flames 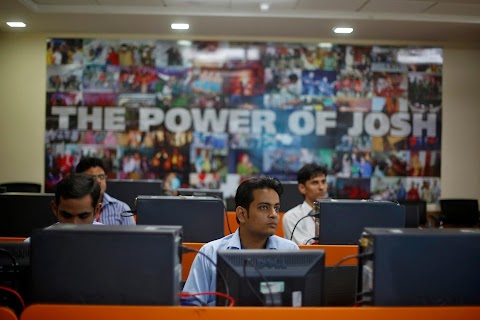 The changing face of Indian tech