It might not shoot 14 frames per second, or have an iso of 204,800, but with a bit of light and some old-fashioned film this chunky wooden camera can still take a picture.

The minimalist gadget is the product of Elvis Halilovic, a Slovenian designer who has turned his passion for making pinhole cameras into a business with the help of funding won through a crowdsourcing website.

“Sweet joy overtook me when I looked through a magnifier at the developed film placed on a lightbox, just like in the good old times.”

I hadn’t been this excited and concerned about a story for a long time: I was on my way to photograph a young designer and his wooden pinhole camera.

Photographing in a pristine way, without a lens and on film is a really amazing experience. Having how worked with digital photography for a long time now, I have gotten used to the ease and speed of shooting, editing and transmitting the captured material to Reuters clients. But suddenly I had to remember all the procedures and tricks involved in capturing and processing in the Leica film format.

That’s why I am grateful to young and ever-cheerful designer and photographer Elvis Halilovic for continuing the idea and development of pinhole cameras.

Elvis got his education at the Academy of Fine Arts and Design in Ljubljana and has been developing his camera ever since. The idea of a pinhole camera came as a counterweight to the quick-thinking ways of today’s digital camera manufacturers.

The camera was made for long-term use and as a designer object, which could be handed down as a family heirloom for generations. Elvis has even noticed that young people want to use their acquired knowledge and develop printed photographs themselves.

After a few years of development, his venture managed to take off with the help of crowdsourcing website Kickstarter. The project got support far beyond his expectations: almost 11 times more than the funding he originally requested. The fact that 1,100 pinhole cameras have already been ordered shows that Elvis is on a path back to the future.

The camera is made out of two different kinds of wood and 14 tiny magnets. Instead of a lens it has a hole with the diameter of 0.2 millimetres. That means it has an aperture of 126 and thus a long exposure time, even up to a few minutes. Elvis developed the pinhole cameras for six different film formats from the classic Leica to 9x12 cm.

After shooting with the Leica format, I felt like I was back in the 70s, when I shot my first photograph and took the film to be developed in a photo studio. Sweet joy overtook me when I looked through a magnifier at the developed film placed on a lightbox, just like in the good old times.

So thank you again Elvis, and good luck on your way back to the future. 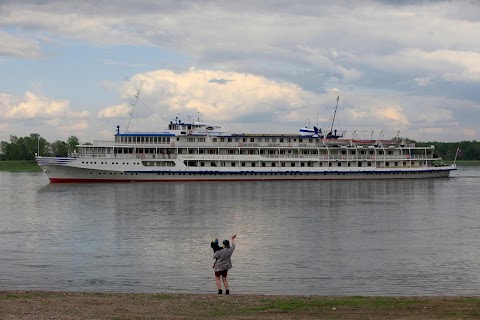 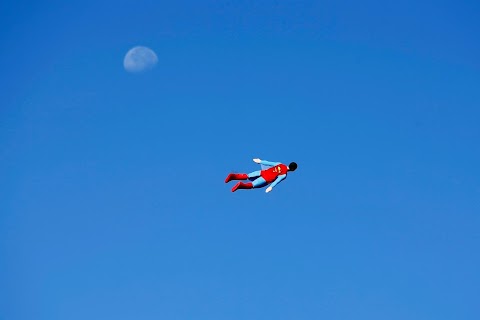