Gema Pardo holds her daughter Amanda tight, in the midst of a village being slowly taken apart. The mother and child belong to a community of 54 families who lived in the gypsy settlement of Puerta de Hierro, close to Madrid, for over 50 years. But since 2010 the residents have been subject to evictions on the grounds that the dwellings are illegal.

"Little is left of the settlement of Puerta de Hierro as I write this blog."

I remember the first time I saw Milagros Echevarria. She was in her house slippers, battling with the rubble piled up outside her home, with only a simple broom as a weapon. It was like watching David face Goliath.

The short, sturdy woman was working doggedly. She would only stop to remove rotting garbage from the debris and toss it into a nearby dumpster. “If I don’t do this every day, rats are going to eat us alive”, she told me. In the months that followed, I witnessed the same scene over and over, even when the rubbish threatening to invade her home had become the actual remains of the house itself.

Milagros moved to the Spanish gypsy settlement of Puerta de Hierro in 1974, as a young girl of 12, still wearing pigtails. At the age of 13 she married her cousin Antonio Gabarri and by 14 she was pregnant with their first child, Carolina.

Gabarri’s parents were some of the first settlers in Puerta de Hierro, an area north of Madrid bordered by trees, a busy road and a sewage treatment plant on the banks of the Manzanares river. Like their parents before them, Milagros and Antonio decided to make a house for themselves where their family could be raised. “We had to sleep in our van for months while we were building it. Some of our relatives used wood in their houses, but we built ours out of brick. We wanted it to be permanent”, said Milagros. And so they did. It took them years of hard work and every penny they had to fulfill their dream.

Milagros’ life came full circle on July 17, 2012, when she found herself sleeping next to her husband in their cramped van once again. But this time they were 37 years older and they were not alone; their four children, the children’s spouses and their twelve grand-children were with them. The whole family had become homeless when a bulldozer demolished the only roof they had over their heads.

I had met Milagros and Antonio the previous year, when I went to Puerta de Hierro for the first time after reading in a local newspaper that a handful of members of Spain’s “Indignados” (indignant) movement had moved to a gypsy settlement to try to stop the evictions taking place there. Up until that point I was not even aware of the existence of Puerta de Hierro, even though the village is just a couple of kilometers away from Moncloa Palace, the official residence of the Spanish Prime Minister, where I frequently go to take photographs.

The residents welcomed me into their lives and told me about their predicament. Around 300 people, 70 of them children, had been born and raised in the village since their relatives settled there in the 1960s. They registered with local government and were provided with access to public services such as running water, mail delivery, trash collection and even school transport for their children. For fifty years they went about their lives without a hint of what was to come.

But in July 2010 the first bulldozer entered the village guarded by a squad of riot police in full gear. Madrid’s city council had come up with a plan to “eradicate slums” in the region and Puerta de Hierro was on its list; the days of the settlement were numbered.

I struggled to find the best way to tell the residents’ story. My initial idea was to focus on the plight of a single family and document how they were coping with the uncertainty of not knowing when their home would become a target for demolition. But after a while I realised that the evictions were not only destroying people’s homes, but tearing the whole community apart. Everyone is related by blood in Puerta de Hierro, no outsiders have been allowed to settle there. Life is communal. All villagers live for and by the rules of the community. The more time I spent with them, the more important it became for me to reflect that aspect of their lives, so even though I got pretty close to a couple of individual families, I also tried to explore the effects of the evictions on the villagers as a group.

Little is left of the settlement of Puerta de Hierro as I write this blog. Two houses, the former school and a building that housed the church are all that’s there. Soon, only the debris and the memories of five generations of Spanish gypsies will remain.

“Susana, you think you could make me a print of one of the photos you took of my house before it got torn down?” Milagros asked me the other day. “I don’t want to forget”, she said. Hopefully these photographs serve as a testimony of their existence. 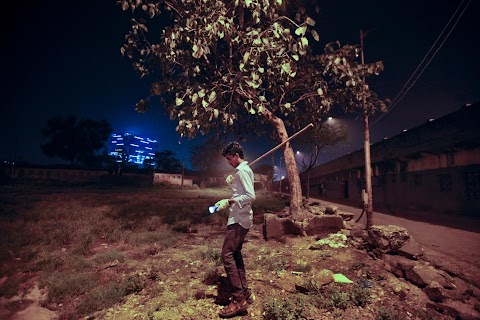 The rat catchers of Mumbai 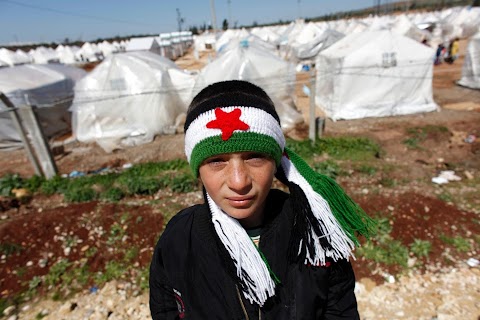