In an attempt to battle crimes such as the recent shooting of a 10-year-old boy in a cinema in Mexico City, authorities in the area are trying an unusual way of getting guns off the streets.

They set up an exchange point in one of the city's most dangerous neighbourhoods and offered residents the chance to come and trade their weapons in return for money, bikes or tablet computers.

“Most of the guns I saw being handed in didn’t really look like the weapons of criminal gangs.”

For a while over Christmas, authorities in Mexico City offered residents an unusual present: the chance to swap their guns for bikes, tablet computers or just straight-up cash.

When I went down to shoot pictures of the story, I found about 40 people standing patiently in a line at the exchange point, which was outside a church in the neighbourhood of Iztapalapa – one of the most dangerous parts of the city.

The idea behind the program is to get guns off Iztapalapa’s street. Recently this issue has been very much on people’s minds, since a 10-year-old boy was shot and killed in a cinema in the area a few months ago.

But most of the guns I saw being handed in didn’t really look like the weapons of criminal gangs. Many of them were old shotguns and pistols, the type that you might simply have inherited from your grandparents or have lying around your house.

The whole operation seemed quite orderly to me. People came and queued up quietly, and I didn’t see anyone fighting or bickering. It probably helped that the whole thing was happening with a military presence, and in the patio of a church. People have quite a lot of respect for religion here, and no one was going to make trouble with the guards looking on.

The first things to go were the tablet computers. The bikes were pretty popular too, and some people were just interested in getting cash.

At the same time, another exchange was happening as well, one which didn’t seem to get so much attention. The organisers were offering children the chance to swap their toy guns for any other toy. This idea didn’t seem so popular: I didn’t see many kids lined up.

I think people have mixed feelings about this kind of operation. On the one hand, many want to see fewer guns on the streets. But on the other, some say that programs like this are not really addressing the problem head on. If the people giving up their weapons are not the criminals, it probably won’t change the face of Mexico City. 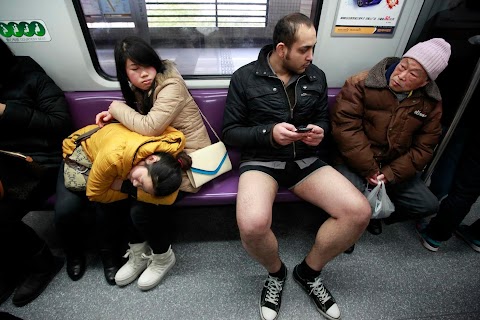 Off with their pants 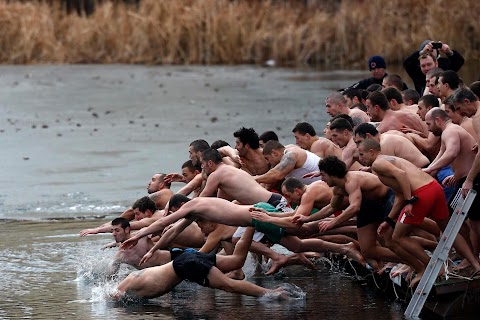