For over 200 years Roman Catholics in the Philippines have flocked to an annual procession held in Manila in honour of the “Black Nazarene” – a life-sized Mexican statue of Jesus Christ, which was brought to the country in the 17th Century and which at some point mysteriously turned black. It is believed that the statue will grant miracles to the faithful, and has the power to heal them and their relatives from illness.

Crowds of Filipinos pray to statue for health and blessings

Hundreds of thousands of barefoot Filipinos crowded around a black statue of Jesus Christ believed to bring miracles to the faithful, seeking the answer to prayers in a day-long procession through old Manila.

Roman Catholic devotees flocked around the carriage with the wooden, life-sized statue known as the "Black Nazarene" as it crawled through the city, praying that a slight touch would bless them, healing their illnesses and those of their relatives.

Others participated to give thanks for answered prayers, such as a new job, a baby and even winning lotteries.

"Everything we prayed for, He granted," said Girlie Tan, a mother of four, as she squeezed through crowds to get closer to the statue. "My children – they used to study in a public school, now they're all in private schools."

Onlookers threw white towels and handkerchiefs to those on the carriage for them to wipe on the statue, which depicts Jesus kneeling with a heavy cross, in the hope of carrying away some of its healing powers.

The procession has been celebrated in the capital of the Philippines, nearly 90 percent of whose population is Roman Catholic, for more than 200 years. The Black Nazarene is also paraded through the city streets on Good Friday.

It is not known why the statue, which was carved in Mexico, turned black. There are myths that the original statue donated by Spanish priests was burned as a fire erupted on the ship that carried it to the Philippines in the early 17th century.

Police estimated that around 500,000 people gathered for an early morning Mass, and about half of them walked behind the statue at the start of the parade. Crowds were expected to swell to an estimated 10 million as devotees from all over the country flock to the annual festival.

Cornelio Cajampit has joined the procession every year for the last 15 years, ever since surviving colon cancer.

"Even if its' s a struggle, I pray that my life be prolonged," he said, adding that his health had improved since he began praying to the statue. "As long as I'm still capable, I will come to this feast." 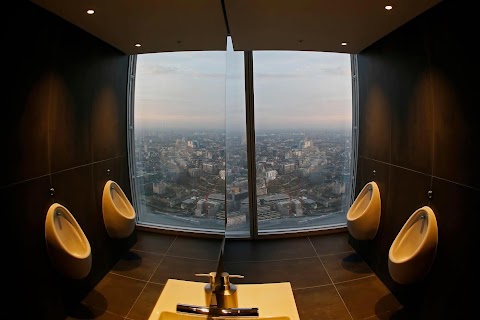 Views from the Shard 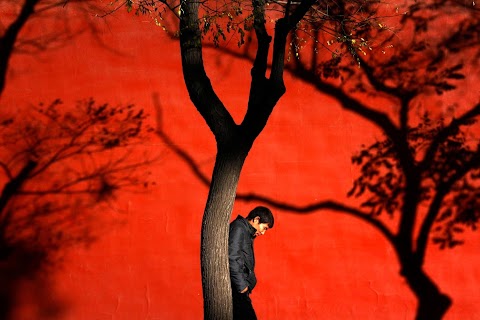