The camp lies outside the city of Krasnoyarsk, where average temperatures in January range between -11.5 and -20 degrees Celsius (11.3 to -4 Fahrenheit), and it is intended to house men convicted of serious crimes, who are serving a sentence for the first time.

"Even a short time inside these places brings on a stark, visceral feeling that the restriction of freedom is contradictory to human nature."

Boris Kovalyov is not my hero – not at all. I have never understood such people, the way they think, the way they live. But journalists work with all kinds of people, and to me, people in extreme circumstances have always been of particular interest. And so Kovalyov, a non-hero, became the hero of my photo story, which might be called “The Last Ten Days in a Siberian Prison Camp”.

Boris is 32 years old. He was first jailed for theft, and was sent to a prison camp near Krasnoyarsk. After a few years he was granted early release, with the understanding that he had learnt his lesson. Under Russian law, a relapse into crime means the convict serves the time he was spared by early release, and often is sent to a higher-security prison.

Boris was not out long before he was arrested again, for drug trafficking, and sentenced to eight years in a high-security prison camp. He was sent to a prison near the village of Ariysk where most of the inmates are recidivists, and after two and a half years was moved to an even stricter camp north of Krasnoyarsk.

Prisoners here live, work, study and learn new professions. They go to church, do sports, music and theatre. The camp even has its own TV station. Boris adapted to this environment well, finding a common language with prisoners and personnel.

Here, he finished high school and received a degree for the first time in his life. He became a joiner and machinist in the camp and also learned the TV trade, becoming a cameraman for the prison TV station, learning editing and producing reports for inhabitants of the camp.

He also proved to be a passionate athlete and singer, captaining the camp’s soccer, volleyball and basketball teams and winning prizes at musical competitions between prisoners from across the regions.

Good news came to Boris at one of those competitions. On May 4, he learned of the decision to release him from prison two and a half years before the end of his term in 2015. I learned about the decision before he did, and set out to tell the story of his last days in prison.

April 30: I surrender my passport and mobile phone and pass though the series of iron gates into the strict penal colony. Entering a prison in Russia always produces a mix of emotions, few of them good. In Russia, being without an internal passport - the main form of personal ID - makes you a non-person, practically deprived of your civil rights.

The metal door behind my back is slammed, leaving me in an enclosed space hemmed in by fences and rolls of barbed wire. Rifle-toting guards eye me from observation towers studding the perimeter of the prison camp. This, in sort, is the Zone. In Russia, if you speak the word ‘zone’, a prison camp springs to mind.

I cross the Zone, accompanied by several officers. Seeing us, most of the prisoners say "hello" from a distance. In Russian prison, failure to greet the chief first is a violation of the internal rules and can cause trouble for the violator. One reason Pussy Riot protester Nadezhda Tolokonnikova’s petition for early release was rejected was reportedly her failure to greet the head of her prison.

I have been taking photographs in the prison camps of Siberia for about 15 years, so my first impressions are in the past. One can get used to a lot of things, prison among them, but even a short time inside these places brings on a stark, visceral feeling that the restriction of freedom is contradictory to human nature.

And what of Boris Kovalyov? On April 30, I photographed a day in the life of a prisoner, and I came back twice after that. Then came May 10, the day of his release. I saw him part with friends in prison and, 20 paces later, greet others waiting outside the gate. They tried to restrain their emotions, but he could not. Five and a half years in prison camp were behind him. Ahead - the chance of a new life. Whether he will take it or end up behind the barbed wire again is unknown. 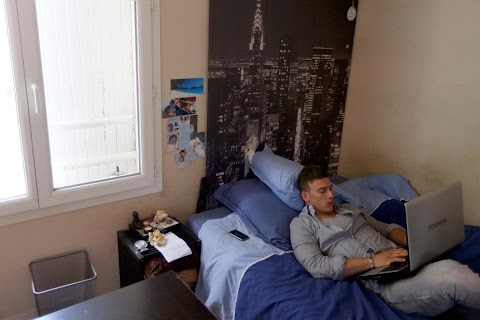 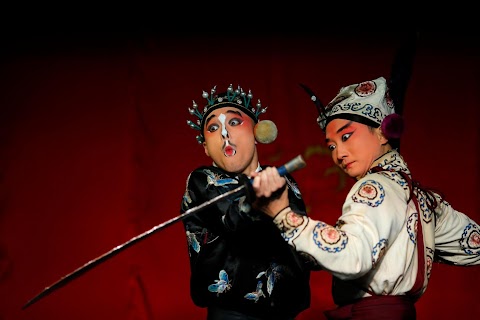