Ayesha Farooq is a remarkable high flyer in more ways than one. The 26-year-old from Bahawalpur, eastern Pakistan, is the country's only war-ready female fighter pilot.

Farooq is one of 19 women who have become pilots in the Pakistan Air Force over the last decade, part of a growing number of women who have joined the nation's defence forces in recent years.

"As an Algerian that shares a similar culture with Farooq, I was proud of her and her accomplishments."

I first came up with the idea of covering female Pakistani pilots after reading an article online that ranked four of them among the country’s 100 most powerful women. But I couldn’t approach any of the 19 women pilots in the Pakistan Air Force without getting permission from the military – something that ended up taking six months.

Finally, after nearly giving up hope on the story, a spokesman for the air force approved our request with one of these high-flyers. It turned out to be Ayesha Farooq, the first war-ready female fighter pilot for the nuclear-armed nation.

A month later, the day finally came to meet Farooq. I left Islamabad at 5:30 a.m., impatient to arrive after waiting so long for approval to shoot the story and feeling anxious to meet her. A few hours later, I arrived at the Mushaf Air Base in Sargodha, northern Pakistan.

They took us first to the historic hall of the air force, where we were offered coffee and tea. But we soon grew impatient, asking: “Where is Ayesha? We want to meet her.” Twenty-minutes later, a smiling young woman veiled in an olive green headscarf that matched her uniform entered the room. I was disappointed to hear that Farooq could not fly for us because of a sprained ankle.

During the interview, I realised that behind her shyness was a strong woman, who had fought hard to achieve her dream of becoming a fighter pilot for her country. She spoke about her struggle to convince her mother to allow her to enrol in the male-dominated armed forces.

As an Algerian that shares a similar culture with Farooq, I was proud of her and her accomplishments. I was glad to hear her simple, humble and confident voice about being the only combat-ready female fighter pilot in the country.

“I don’t feel any different. We do the same activities, the same precision bombing,” said 26-year-old Farooq of her male counterparts at the base. “My colleagues are very cooperative. We take the same challenges, like who will do more precise bombing and everything. So I don’t feel like there is any difference when it comes to practice, or training, or all the routine activities.”

With a look that commanded respect, she attended a military briefing with colleagues. The meeting seemed miles away from the life of many other Muslim women in Pakistan’s male-dominated world. Here, she was just one of the pilots.

When I saw Farooq with her helmet in hand walking with her colleagues and later sitting with them next to a fighter jet, I wouldn’t have known she was a woman if it weren’t for her headscarf.

She climbed into the cockpit, her movements precise. “Because of things related to terrorism, and due to our geographical location in the area, it’s very important that we should stay on our toes and get prepared for any bad activity going on around,” she said.

I believe Ayesha was a born fighter. She didn’t talk about make-up or clothes, she spoke about protecting and defending her country. The same country where women don’t have all of the same rights as men and are often treated as second-class citizens.

The next day Farooq, who was still nursing her sprained ankle, sat with us as several fighter jets took off from the base. I asked her if her future husband made her choose between him or her work, which would she choose? “I love my work,” she said. “Me too,” I told her. 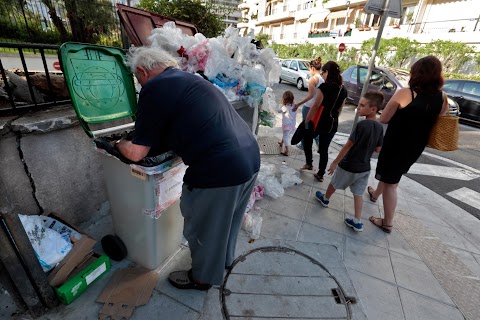 Scraping for food in France 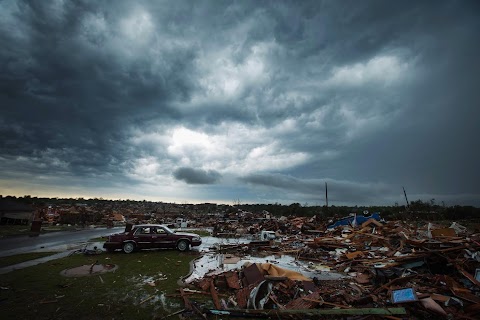