At a temple in Fukushima, thousands of sunflowers have been planted to help fight radiation after the Fukushima Daiichi nuclear plant, just 50 km (31 miles) away, suffered a series of explosions and meltdowns after the earthquake and tsunami of March 2011.

"The radiation was not visible, but it was clearly there"

Abe described the radiation particles as an “invisible snow.” “A snow you can’t see has covered the area, and has brought a long, long winter to Fukushima,” he said.

When the Fukushima nuclear power plant exploded, I was in Fukushima covering people who had evacuated from their houses near the plant and underwent radiation checks as authorities isolated those who showed signs of exposure.

The disaster control centre in the prefectural government hall in Fukushima city, situated about 63 km (39 miles) north-west of the Fukushima Daiichi nuclear plant, was chaotic. However, once I stepped out of the building, everything around me looked the same in the city and it was difficult to comprehend what was actually happening. People in the city were walking their dogs outside and riding their bicycles on the streets, although lights were out and many places were experiencing cuts in water supplies.

Soon after, I received an evacuation order from my bosses and from that point on, my coverage was carried out from outside of Fukushima city and I didn’t have a chance to go back there until recently. Even five months after the disaster, it seemed like fresh and shocking news of radiation had been floating up incessantly. Not just reading or hearing about the situation but imagining the amount of pain and stress the people in Fukushima were going through made me feel depressed.

When I found out about a Buddhist zen monk Koyu Abe, who aimed to revive Fukushima by planting sunflowers, amaranthus, field mustard and cockscomb, which are believed to absorb caesium, it occurred to me that I should go and cover his story. Before I even realised what I was doing, I had picked up the phone and shortly afterwards I was on a bullet train heading for Fukushima.

When the fully packed train stopped at Fukushima station, I got off and realised not many people were getting off with me. However, everything looked strangely normal as the cicadas were buzzing vigourously under the sun. Just like a normal hot summer's day. As I looked out the window of the taxi on my way to the temple, the rice paddies glistened like a sea of green waves and the flowers planted along the road seemed heavenly. I still could not comprehend that many places were tainted with radiation.

My dosimeter showed around 1.3-1.5 microsiverts per hour, which is about 6.5 times natural background radiation levels. Soon after I arrived at the 420-year-old temple, the monk and his wife greeted me and served me green tea. Soon afterwards, he told me to come with him to a different part of the temple.

The monk showed me a pile of cedars and pine leaves in the corner of the temple grounds, which he said had originally been scattered in the temple garden. He had two dosimeters covered in plastic bags to stop radiation particles from contaminating them, and placed them near the pile. Suddenly they started beeping. The reading quickly jumped to over 20 microsieverts/hour. I tried with mine as well, and it did the same.

I was shocked to experience the high radiation and realised the graveness of the situation faced by people living in Fukushima. The radiation was not visible, but it was clearly there. But Abe’s organisation called, “Make A Wish Upon Flowers,” aimed to lessen the volume of radiation in Fukushima by using certain plants’ natural ability to reduce toxic materials in the ground.

With his volunteer group, comprised of about 100 members, he planted sunflowers in places where radiation levels were high. Abe hoped to lower the level of radiation and thus to ease the stress and anxiety experienced by residents. He also strongly believed that his actions would tackle the prevalent sense of stagnation and help cultivate a feeling of hope.

The monk is also a father of three boys, in high school, junior high and elementary school respectively. Two of the boys have already decided to become monks and the youngest will likely follow suit in the near future. Abe said, ”I worry that I have to bring up my children in this sort of environment… but if [my son] also decides to take this path, even though he is a child, he should stay in this neighbourhood and listen to the people’s anguish, rooting himself in the community.“ “But I leave the final decision to him”, he added.

His wife, Michiko, 42, told me that she was indeed worried about her children, but at the same time, after all, this was their home. That is why she decided to cope with the situation in the long term and protect her family as best she could by herself. She said their 8-year-old son was very anxious for a few months following the disaster, but finally seemed like he was starting to find his own ways of dealing with the stress. She recalls that he would cry when he heard the noise of strong wind and rain. One day, he came back from school crying after he got soaked wet in the rain. Her son shouted at her, ”why didn’t you pick me up from school?!” as tears rolled down his cheeks. He told her that his friend had told him he would die if he got wet in radiated rain.

I asked the boy directly about his concerns about radiation. “I am scared,” he said. “But I try not to think about it, since it keeps me from doing anything else.” Even a small child was trying to find ways to cope with his fear and adapt to the new environment. But I saw a glimpse of bright future in his eyes when he told me “I hope to become like my father when I grow up. I admire him because he gives energy to the people of Fukushima.” 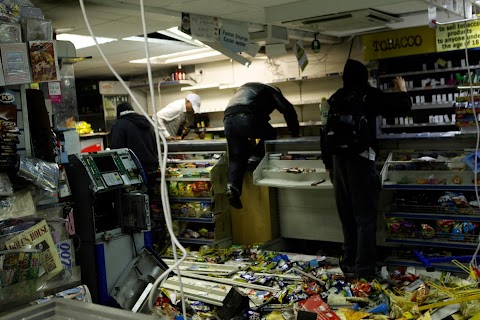 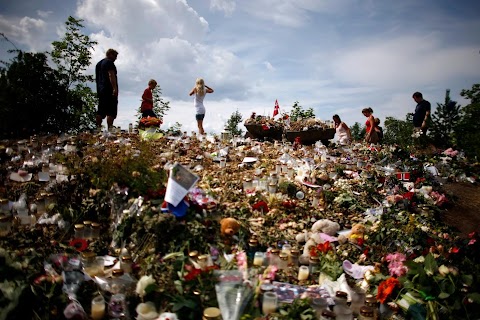