A whale shark swims towards a hand dangling into the water over the edge of a boat. Despite what its name might suggest, the creature is not looking for a bite of flesh; whale sharks are docile creatures that feed mainly on algae, plankton and krill. They are lured to the coast of Tan-awan, a village in Oslob, in the southern Philippines island of Cebu, by fishermen who hand feed them small shrimp, drawing large numbers of tourists to come and watch.

Tan-awan, in the southern Philippines island of Cebu, used to be a sleepy village that never saw tourists unless they were lost or in transit. Yet now they flock there by the hundreds - to swim with whale sharks, the world's largest fish.

Whale sharks are lured to the Tan-awan coastline of the Oslob district by fishermen who hand feed them small shrimp, drawing divers and snorkelers to see the highly sought-after animals, known as gentle giants of the sea.

But the practice has sparked fierce debate on the internet and among biologists, who decry it as unnatural.

"Some people are asking that we stop feeding, but if we stop feeding, what is our livelihood?" said Ramonito Lagahid, vice chairman of the Tan-awan Oslob Sea Warden and Fishermen Association (TOSWFA). "We have to go back to fishing."

Though whale sharks as large as 12.7 meters (42 feet) and a weight of more than 21.5 tons (47,400 lbs) have been confirmed, they feed mainly on algae, plankton and krill. Contrary to their name, the animals are docile and pose no risk to humans.

Much of their life cycle remains unknown to science, including total population numbers. Some are killed in areas where they tend to congregate, and the species as a whole is considered "vulnerable" by the International Union for Conservation of Nature (IUCN).

But Lagahid says there have always been whale sharks in Tan-awan. He remembers seeing them even when he was young.

Word about the whale sharks got out globally about two years ago via Internet postings from witnesses, and tourists began flocking to the village both from the Philippines and around the world. Most days see several hundred, but 2012 numbers peaked with 1,642 on Good Friday in 2012.

Fees for foreign tourists range from 500 pesos ($12.29) to just watch the whale sharks, to 1,500 pesos - plus normal scuba diving charges - to dive with them. The money is pooled and each villager who works that day, as a guide or boat driver, receives 1,000 to 1,500 pesos - a good fee for the rural Philippines.

The results are clear. Many new brick houses line the short stretch of road leading to the feeding beach.

"It is easier working in the whale shark area, ….can earn a lot of money", said Aikie Lagahid, 23, Ramoncito's nephew and a fisherman who now works as a whale shark spotter and boatman. "In the morning we take the guests out, and in the afternoon, we play basketball."

Tourists are delighted as well.

"It (the whale shark) is really big, so it was really an experience," said Cecilia Buguis, a Philippine tourist. "I would definitely tell my friends about it."

But not everybody is thrilled. Biologists, in particular, are afraid that the feeding will create long-term problems.

It is very rare, according to Italy-based environmental group Physalus, to have so many whale sharks in such a small area so regularly. Feeding from a boat close to humans is also extremely unnatural.

"It looks like being in a zoo, a circus, looking at the animal walking up and down being fed. This is not a natural behaviour that you see," said Alessandro Ponzo, the president of Physalus.

"The experience that you have ... is not the same as when you see them in the wild, in their natural environment. What you learn here is that wild life is (fine) to be exploited as a tourism attraction."

Biologists fear that the situation could lead the whale sharks to develop abnormal social behaviours, such as increased aggression or competition between the animals. The close contact could also lead to the spread of disease and parasites.

A Facebook page, "Stop Whale Shark Feeding in Oslob, Cebu, Philippines," says the feeding is an "exploitation of both the fish and the people." It has 881 likes.

Animal rights groups say they understand the importance of tourism as a source of livelihood, but emphasise that it has to be done in a sustainable way in order to become a long-term possibility.

Physalus is evaluating the effects of tourism and feeding on the behaviour of whale sharks and hopes their research will help the local government manage whale shark tourism and minimise the environmental impact.

"You should stop the detrimental effect to the shark, but you should also improve the livelihood of the community as well," said biologist Samantha Craven, the group's project coordinator in Oslob. "Real eco-tourism is something entirely achievable." 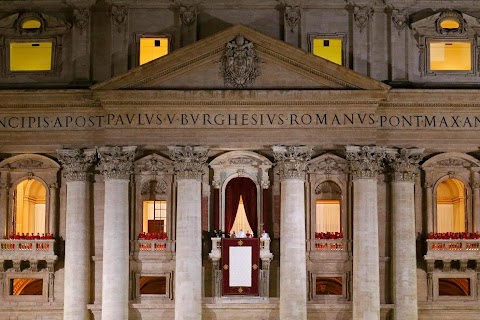 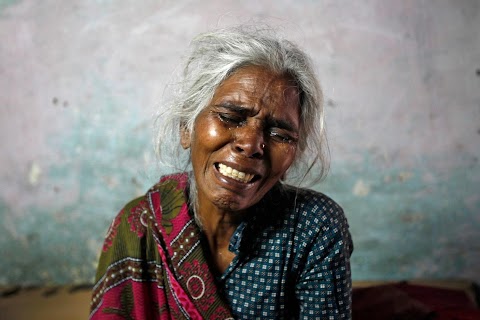