A tourist rests next to a camel under the stars near the summit of Mount Sinai, also known as the Mountain of Moses, close to the city of Saint Catherine in the Sinai Peninsula, southern Egypt.

According to the Bible, an angel appeared to Moses in the Burning Bush on Mount Sinai, then the voice of God revealed the Ten Commandments.

Saint Catherine’s Monastery, which dates back more than 17 centuries and is now a UNESCO World Heritage site, describes itself as being located at the very same spot. 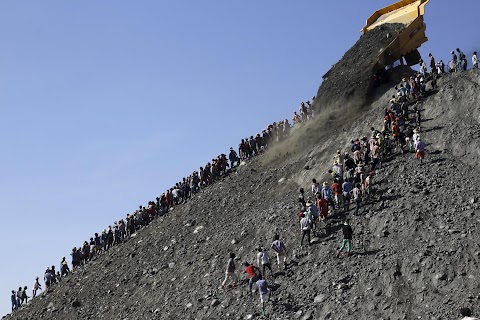 Jade and heroin in Myanmar