To the delight of many pot smokers, this month Washington became the first U.S. state to bring a law legalising the recreational use of marijuana into effect.

Although the legislation forbids users from lighting up outside the privacy of their homes, it’s still not clear how strictly, or how soon, its finer points will be enforced. One sports bar in Olympia is testing the new law's limits by allowing marijuana users to smoke on its second floor.

"Frank doesn’t use marijuana personally, but sees it as a way to pull in money during hard times."

It has been a whirlwind of excitement in the state of Washington this past week, since laws legalising same-sex marriage and the recreational use of marijuana came into effect. Now marijuana is legal here for personal use in private to people over the age of 21.

I had been running all over Seattle for eight hours photographing same-sex weddings that began at midnight, when I got a call about Frankie’s Sports Bar and Grill in Olympia – a bar where you’re now allowed to smoke marijuana inside.

It’s hard to describe the feeling of photographing people using cannabis out in the open. I’ve only seen it once before at Seattle’s Hempfest, and it's still such a strange sight to me. It wasn’t all that long ago that I was in Illinois riding along with Galesburg police officers ready to make arrests for the possession of any amount of marijuana.

As I walked into the space on the second floor of Friends of Frankie, I was immediately hit by the smell of cigarette smoke. Patrons have been paying a ten-dollar fee to use the smoking area there for a while now, since the owner Frank won a legal battle with the state over its 2006 smoking ban. But it has only been over the past week that marijuana has made an appearance too. It was interesting to note how segregated the two habits were, shut off in an area the size of the entire downstairs bar.

I asked the bartender to point me toward Frank, the bar's owner, and found him engaged with a group of medical marijuana users. Frank doesn’t use marijuana personally, but sees it as a way to pull in money during hard times.

A grinder and a lot of marijuana were set up on the table and the medical users were all sharing their cannabis. They also had paraphernalia like pipes and items that I had never seen before — like a device for smoking amber-coloured hash oil. They were using a blowtorch to light the pipe.

Initially, the group was open to being photographed but as I was writing down names they began to change their minds. Since marijuana is still considered an illegal substance by the federal government, some patrons were worried that it would affect their ability to obtain federal assistance.

One who did give his name was a medical marijuana user named Robert, who said he appreciated having somewhere to go to use cannabis away from his family, and where he could interact with other users. There was also a young man, Russell Diercks, and his friend, a new member of the Friends of Frankie club, lighting up in the bar.

Russell explained that he works nearby and would occasionally stop by the bar for a drink, but it wasn’t a regular event. But since Frank has started allowing members to smoke cannabis in the bar, Russell has been coming in more frequently, bringing his friends and even his mother along — exactly what Frank was counting on. 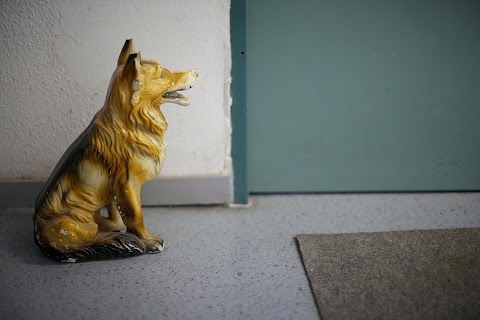 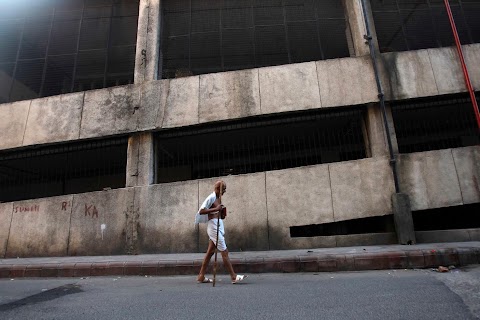