A slightly deflated ball drifts along an empty beach not far from the crippled Fukushima Daiichi nuclear power plant in Japan. The beach was opened for the first time this summer since the plant was hit by a massive earthquake and tsunami in 2011, triggering a major nuclear accident.

Although some visitors returned, the disaster that haunts the beach is not yet over; news also came this summer that radioactive water was leaking at the plant.

"I couldn’t find a single beachgoer. All I could see were abandoned beach balls, barbecue kits, a beach parasol and some trash."

“I have to arrive at the beach before it starts raining.”

That is what I was thinking as I drove up to the Fukushima coast, less than 35 km (21 miles) from the crippled Fukushima Daiichi nuclear plant. Because the weather forecast said it was going to rain in the region, I had packed a waterproof kit for my camera and beach gear so that I would be ready to photograph.

Iwaki city, located just 40 km (24 miles) south of the plant, had declared nearby Yotsukura beach open to the public this summer, the first time since a massive earthquake and tsunami triggered a nuclear crisis.

But during the period between July 15 and August 18, when the beach was open, the operator of the plant admitted that contaminated water was leaking out into the ocean. Government officials said 300 tonnes of radioactive water was probably flowing out to sea every day.

Most of Japan’s beaches are controlled by the local government, which holds official opening ceremonies during the summer months and assigns lifeguards to patrol the beach.

Residents and visitors can go to the beach during the off-season too, but it is usually less crowded. I went to the beach just after the open season had ended, thinking there would still be about 100 residents enjoying the sun, even though it was weekday, because the summer holiday period had still not ended.

As soon as I arrived there was a blue sky, beautiful white sand and a calm, ebbing ocean. What struck me, though, was that I couldn’t find a single beachgoer. All I could see were abandoned beach balls, barbecue kits, a beach parasol and some trash. It was silent and abandoned except for the sounds of the ocean surf and noise from a construction site nearby.

After two hours, I finally came across a man on the beach. Takeshi Takaki, a 71-year old resident, was walking his dog Marron - part of their daily routine. Takaki told me he lives in Hisanohama, around 30 km (18 miles) south of the plant and he had travelled by car to walk on the beach with his dog. He said his family survived the 2011 tsunami by climbing to the second floor when the water flowed into his house.

After talking to Takaki, I spotted a single surfer on the beach. The surfer was the only person I saw swimming in the ocean. Just then, it started raining. The beach was once again empty and I walked back to my car. 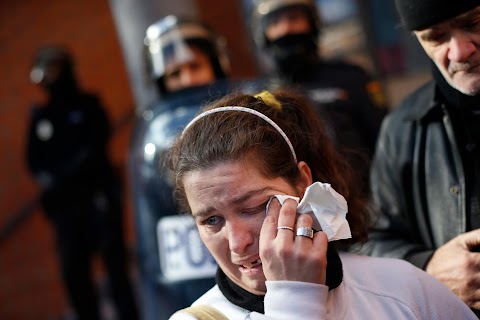 Out of a home 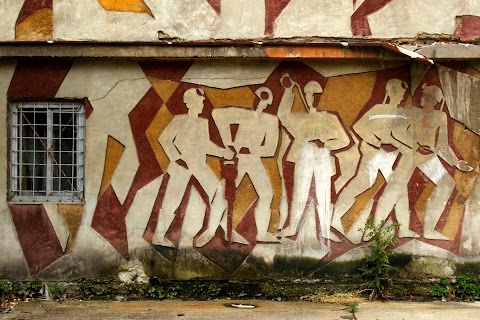