Rochelle Schieck recreates the shape of a sculpture looming above the landscape of Nevada's Black Rock Desert, site of the massive annual Burning Man festival.

Huge crowds came together to spend a week in the remote, temporary festival settlement known as Black Rock City, cut off from much of the outside world as they immersed themselves in art, music and the spirit of their own unique community.

Colourful lights glow across the wide desert, as people take part in the Burning Man festivities.

As the sun sets over the Burning Man festival, the citizens of Black Rock City don their wildest costumes and take out their fire performance tools. They open the valves of apparatus spewing fountains of fire visible for miles around, turn on the lights and lasers of more than 500 adapted vehicles known as “art cars,” and power up massive sound systems to make the night come alive.

"We have tried to convey in some small way what it is actually like to be there in this wild, one-of-a-kind environment."

Having been to Burning Man several times now, I went to the 2013 event determined to convey to people who have never been the intensity, the size and the sometimes overwhelming sensory overload of the experience in some new way. It is truly like nothing else on earth and can feel alien and otherworldly.

The size of the event, a temporary city of almost 70,000 people spanning miles of the Nevada desert, is hard to communicate in individual, still photos. So is the sensory overload that 24-hour-a-day music, lasers, flame effects, wild costumes and the intensity of the dusty desert environment brings to bear, with temperatures sometimes blazingly hot in the day and frigidly cold at night.

Some people who have not been before find it too much to take and leave after only a few days, never to return. But for tens of thousands of others, one of the regular cliches of Burning Man is that it feels like home and they feel more comfortable there than any place else. As people arrive in Black Rock City, every single person gets the salutation from volunteer greeters: "Welcome Home!"

Another common cliche among the "Burners" who attend the event is that trying to describe the experience of being at Burning Man to people who have not been there is like: "trying to explain the colour purple to a blind person." Participants returning to work exhausted and changed by a week in the 100-degree, dust-storm-blasted heat of the desert are often floored by friends and co-workers cheerily asking: "How was your vacation?"

The environment, culture and experiences of Burning Man strain relationships and profoundly impact people’s concepts of community, self-reliance and responsibility for themselves and others. In many cases the experience actually permanently changes people’s perspectives on their lives.

Having travelled the globe as a photojournalist covering stories for Reuters, this is one of the only things that I have photographed where I have felt frustrated about my ability to convey the scale and intensity of the event with pictures alone. In this multimedia piece we have combined still imagery from myself and my colleague Jim Urquhart, video that I shot from atop a large "art car" and the back of a flame-breathing dragon named "Davina" as she raced across the desert.

We have combined this with the driving "Dubstep" electronic dance music that is so common at the event. With the added multimedia video editing wizardry of my colleagues Jason Reed and Larry Downing, we have tried to convey in some small way what it is actually like to be there in this wild, one-of-a-kind environment. 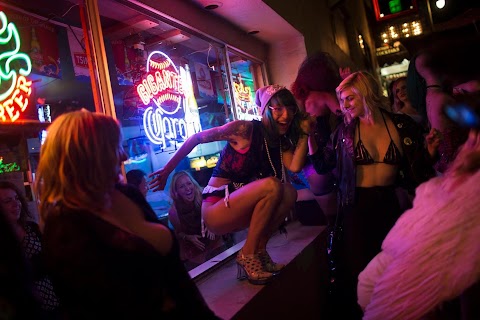 End of the Lusty Lady 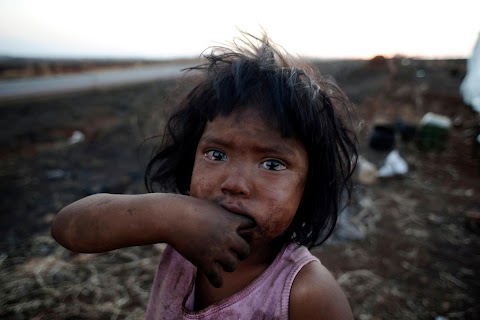